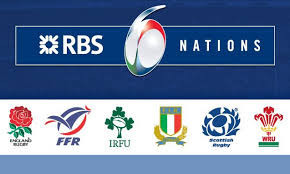 All games will be shown live so why not join us for a refreshing drink or tasty meal. To celebrate the start of the competition Pedro will be serving roasties at half time.... Yummy!!!!

The competition runs until 17th March 2018 when all three fixtures of Round 5 take place on the same day known as 'Super Saturday' which starts with Italy v Scotland in Rome, followed by England v Ireland at Twickenham Stadium and culminating in Wales v France back in Cardiff where things kicked off.

Below are the fixtures, dates and UK kick off times of the NatWest 6 Nations for 2018.