Live Music in the Lounge @ 9pm 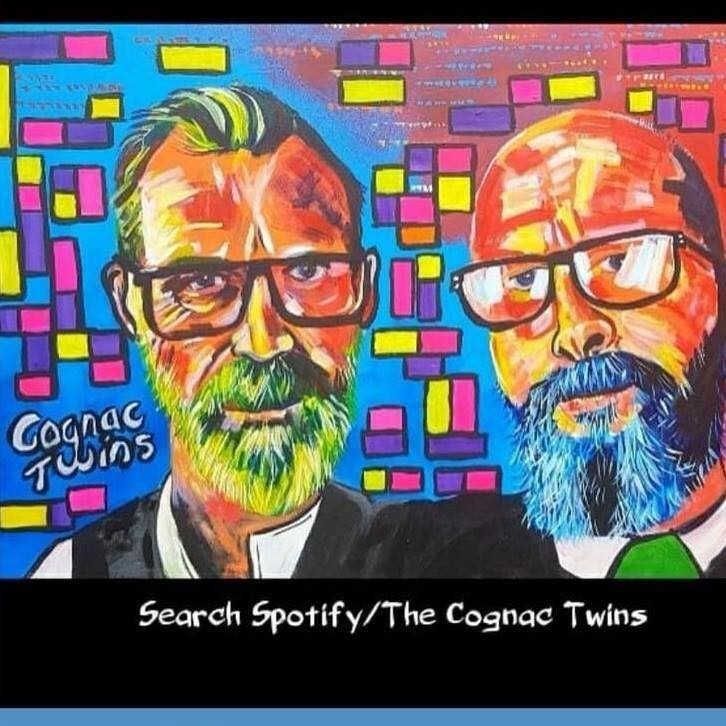 The Cognac Twins are Craig Anderson, and Paul Connelly who hail from historic Dunfermline Town. Childhood, friends, brought together through a shared love of music, this pair of lovable rogues have been writing and playing together for over two decades. They have jammed and gigged their way through the years, however this is their first release proper.

The name "The Cognac Twins” was born during a 3 week sabbatical to France in 2016. Inspired by the pair's love of that country, the drink of the same name, and a chance encounter with a very special French musician by the name of Nico during this trip. . Nico made a lasting impression on the pair with his enthusiasm and lust for life, this instant bond sadly was not to last as Nico passed away earlier this year. The Album is dedicated to him and his inspiration.

Dunfermline has a rich musical heritage with bands such as Nazareth, The Skids, and Big Country, through to Barbara Dickson and the Dunfermline Folk Club which was at the heart of the Scottish Folk Revival scene of the 60's. It's from the latter side of things that The Cognacs draw their inspiration, and the songs on their stunning new album tell tales of life, humanity, hopes and fears. Described as playing "authentic guid folk for authentic guid folk" The Cognac Twins debut brings Scottish Folk Music back to the fore.
Sign Up for news, offers and events